A Red River coat was a child’s winter garment popular for over a century in Canada, until the late 1950s. Many women who wore the coat in the 1930s, 40s and 50s well remember the confusion so many identical coats caused in school cloakrooms.

While it appears that French-speaking Quebecers do not recall wearing the coat as much as English Canadians, as of the 1930s Montreal’s French newspapers featured numerous advertisements for manteaux Red River. (The Dupuis Frères department store, catering to a francophone market, called it a manteau montagnard in the 1940s.) The coats were sold in both small and larger size ranges, covering both boys and girls ages 2 to 14. Lecture given by Cynthia Cooper, Curator, Dress, Fashion and Textiles at the McCord Museum, A Century OF Red River Coats, January 23, 2018

From the very late 19th into the mid-20th centuries, Red River coats were sold in large department stores, which also offered mail order service across Canada. The material was almost always navy blue melton cloth although very early coat fabrics were described as blanket or mackinaw cloth. The coat was typically trimmed with red; a light blue trim option appears to have existed but was far less popular. The hood was detachable and lined with red flannel. Into the early 1930s, the hood was sometimes described using the French term capuchon (occasionally transformed into capuchin). In fact, in Montreal the coats were often advertised as “capuchon coats” through the 1920s. Another important feature was the red piping, sometimes mentioned in side, shoulder, or sleeve seams. Some had epaulets trimmed with red. The closure was always double-breasted with brass buttons. The red lining was also an important feature. In the early 20th century, both Eaton’s and Simpsons department stores advertised that they were making coats in their own workrooms. The extant coats in the McCord Museum have labels from two different Montreal-based children’s coat manufacturers active in the 1950s and 1960s—Markette and Little Nugget—while an oral history adds the name of Montreal company Dominion Gaiter. An extant coat from the 1970s bears the label Young Canadian Clothiers Ltd.

Matching sashes, toques and mittens were required accessories for the coat. By the late 1920s, when coats became above-knee length, scarlet knit overalls or leggings were sold to wear with the coat. Montreal-based Knit-to-Fit and Regent Knit were occasionally named as makers of these knit accessories. By the mid-1940s, some coats were being sold with matching slacks, often with suspenders, in navy wool with red piping in the side seams. The coat’s name comes from the Red River settlement, an agricultural community in Rupert’s Land, as northwestern Canada was known, founded in 1812 to serve fur trade interests. Many of its settlers were of mixed Indigenous and European descent, known as Métis, an inclusive term that encompasses people from many First Nations backgrounds, both English and French origins, and Protestant and Catholic faiths.

A blue capote or capot, a hooded coat of heavy wool fabric, sometimes with brass buttons or trim at the shoulders, and belted with a sash, was widely understood as a marker of Métis trader identity. Britain shipped large volumes of manufactured capots to the trading territories. The white or light-coloured version of the capot was used throughout central and northeastern North America in the second half of the 19th century for the winter sports of snowshoeing and tobogganing. These sports used Indigenous technologies and became an expression of an emerging Canadian identity. Women and children began to adopt the hooded coat for winter. The blue version eventually came to be known as the Red River coat, after the Red River settlement became part of the new province of Manitoba, which joined Confederation in 1870.

Advertisers often associated a romanticized version of Métis and French history with the coat, although in its miniaturized form it served to sanitize and erase that aspect of Canada’s past in favour of a new colonial Canadian identity. Towards the end of its popularity, advertisers evoked its traditional qualities, emphasizing how it had become part of the object world of a traditional Canadian childhood. The coat was so common to the Canadian childhood experience that author Mary Peate used its name in the title to her memoir about growing up in Montreal in the 1930s, Girl in a Red River Coat. 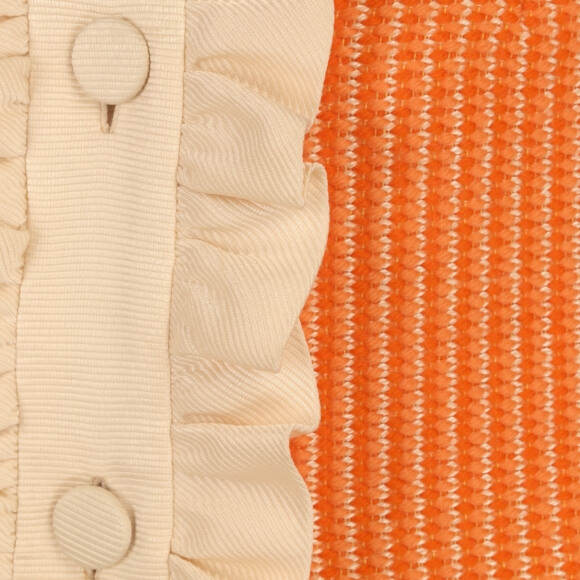