Born in Niagara Falls, Ontario, John Warden began sewing at the age of 10. His exceptional talent earned him two scholarships, which, along with earnings from a part-time job, enabled him to study at the Parsons School of Design in New York. Journalist and fashion coordinator Iona Monahan, who often travelled to New York, met Warden and encouraged the young designer to return to Canada. He was hired by Montreal manufacturer Auckie Sanft in 1964.

In spring 1965, he launched his first branded collection. The press universally praised his style, easily recognizable by his trademark combination of white and cream and modern, refined lines.

His golden brown double-breasted corduroy coat was selected as the most outstanding garment at the 1965 Canadian Cotton Council fashion awards ceremony.

John Warden was not only talented in fashion design and sketching, he also had strong communication skills and a flair for presentation. His 1965 wedding with his muse, model Lise Gibeau, demonstrated his tremendous event planning talents. He organized the whole thing, ensuring that every detail bore the Warden signature. As a couple, Gibeau and Warden became an inspiration for the yé-yé generation, who was always looking for new role models.

In 1966, John Warden opened his first boutique, located on Crescent Street. Dominique Michel, Denise Filiatrault, Margaret Trudeau, Mariette Lévesque, Andrée Lachapelle, Louise Marleau and other celebrities from the arts and politics wore the designer’s creations. His bold young style quickly earned him recognition from both the public and his peers, along with the nickname the “Enfant terrible de la mode.”

John Warden was commissioned to design several hostess uniforms for Expo 67, including those for the Canadian Pulp and Paper Pavilion, the Canadian National Railway Pavilion and the Chatelaine House. Between 1967 and 1968, he hired seventeen seamstresses, two cutters and produced a dozen or so collections. He created branded collections for Le Château and for Madeleine Quevillon’s Boutique Elle. His clothes were featured in the front windows of major department stores, in Toronto as well as Montreal. He opened a Bishop Street boutique devoted to menswear in 1968, which closed just a year later. Nonetheless, his successes were the talk of the fashion press, his clientele expanded, and so did his collections for Canadian manufacturers, which covered an increasingly broad range of products, including coats for Hudson Cloak as of 1969 and lounge and sleepwear for Molyclaire as of 1973. In 1976, he designed uniforms for the Montreal Olympic Games with Marielle Fleury, Michel Robichaud and Leo Chevalier. When his former model Ivana Winklmayr married Donald Trump in 1977, he designed the dress she wore at the reception. In 1980, he opened a store on Crescent Street again. In 1984, John Warden International unveiled its licensing program, which grew to include multiple collections for women, men and children for companies like Algo, Bagatelle, Baron Leather, Beverini, Bozart, Dupont, Croydon, Hanna, Pedigree, and Cordovan; Imperial Optical even sold John Warden frames.

Warden received numerous prestigious awards over the course of his career in Canada. In 1973, he was given the inaugural Melcher Award for best Canadian fashion designer of the year for his contributions to “the tremendous growth and excitement of the Canadian fashion industry.” At a 1978 Australian fashion show featuring designers from 18 countries, he tied with Yves Saint Laurent for the elevated title of “Designer of the World.” He was named “Canadian Designer of the Year” in 1983 by the American fashion press.

After closing his boutique in 1991, John Warden moved to the island of St. Kitts in the Caribbean. There he launched a new brand, Island to Island, entirely designed and produced in St. Kitts. Doing business in the Caribbean required some adjustments. Workers were unskilled and not used to focusing on competition and speed. At the same time, his Caribbean customers were fashion conscious and ready to pay top dollar to be up to date. John Warden therefore opted to create a contemporary, rather than trendy look.

He was inspired by his new environment, creating patterns that evoked animal shapes and maintaining his passion for shades of white, his signature palette.

He designed only one collection a year, created especially for warmer climates: airy cotton and linen fabrics, clean lines, as always, and affordably priced.

John Warden’s clientele came from all around to meet with him in St. Kitts, on Pelican Drive. He enjoyed this unique atmosphere and knew his clients personally. He sold his collections privately, but primarily in luxury stores in Caribbean hotels. He also maintained a loyal clientele in Quebec, where he would often visit family and friends.

In August 2006, several hundred people paid tribute to John Warden at a benefit held at Ogilvy in Montreal. When his health deteriorated, he moved back to Montreal in March 2007, barely a month after presenting his last Island to Island collection. John Warden died June 29, 2007. His archives and numerous articles of clothing are preserved in the McCord Museum. 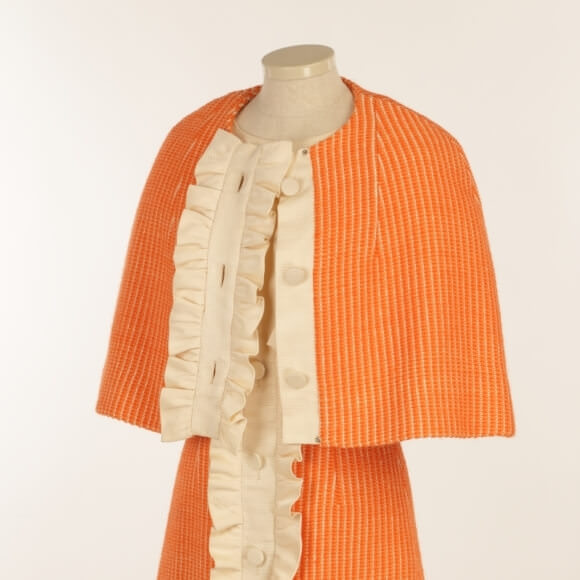