In the spring of 1954, a handful of Montreal fashion designers—Raoul-Jean Fouré, France Davies, Colpron-D’Anjou, Marie-France de Paris, Jacques Michel, the duo Germaine et René, and Jacques de Montjoye—joined forces to found the Association of Canadian Couturiers. While Jacques de Montjoye recalls developing the idea with his colleague and friend Marie-France de Paris, Style magazine later attributed the genesis of the idea to its editors, Freda Garmaise and Kay Rex. Raoul-Jean Fouré, established as a couturier in Montreal for a quarter century, was the logical choice for the group’s first president. In the months following its foundation, the Association recruited several other members from across Canada. Throughout its existence, the majority of its members were Montreal designers, many of European origin.

The concept was inspired by the European model of the Chambre Syndicale de la Couture Parisienne.

The founders’ goal was to come together in order to present collections, obtain support from Canadian textile manufacturers, and promote Canadian fashion with the hope of expanding their markets. The organization was successful at getting governments and textile manufacturers interested in promoting Canadian design. Thanks to the participation of Canadian companies (notably Du Pont and CIL), the designers had access to large quantities of fabric that, while not suited for luxury goods (as new synthetic fabrics were coming on to the market), did offer new challenges. Funding from various sources also enabled the Association to spend money on advertising, public relations, models and photography. With a membership that generally fluctuated between 10 and 15 couturiers, the Association organized two fashion shows a year, presenting about six models from each of its members. Its first runway show was produced at the Ritz-Carlton in Montreal on September 23 and 24, 1954, before going on to Vancouver and Ottawa. It featured collections by its 12 Montreal-based members.

On December 7 of that year, a fashion show with 40 models was presented in New York City at the Pierre Hotel, an event that attracted media attention for the participating designers. Canada’s Consul General acted as commentator, noting the nation’s many opportunities for economic development, including the field of fashion. This success outside Canada was pivotal to enhancing the Association’s reputation within the country.

The second show, Panorama of Canadian Fabrics and Fashion, was held April 21 to 23, 1955, in Montreal’s Mount Royal Hotel, and featured fabrics by Canadian producers. By then, the group had grown to 18 members, 11 of whom were women. Once again, the show helped attract local media attention rather than open up export markets.In the years that followed, the couturiers continued to show as a group, although individual frustrations started to grow. Admission to the Association was apparently by invitation, meaning it was not governed by strict rules like the Chambre Syndicale, so the garments featured in shows were of inconsistent quality, a fact often remarked on by the press. However, most of the couturiers could not afford to mount solo shows without additional backing and still had to meet the needs of their individual custom clienteles. They found that the group publicity did not help them develop their private business; instead, it was more beneficial for the Canadian textile manufacturers whose products they helped promote.

In fact, their collective fashion shows were aimed at an audience that was noticeably less elite than their private clientele, as reflected in the fabric quality, which was distinctly lower than that of the luxury fabrics expected of couture.

Marie-Paule Nolin replaced Raoul-Jean Fouré as president in 1956, but Fouré resumed the post by 1958. By the mid-1960s, media interest in the group had significantly waned. One of its final shows was June 5 at Expo 67, a show presented in Chicago two weeks later. The Association disbanded in 1968.

The Association of Canadian Couturiers’ greatest contribution was its role as a cultural ambassador for Canada and its promotion of a distinct Canadian design identity. Fashion show programs and other archival documents relating to the Association can be found in the fonds of designers France Davies, Marie-Paule Nolin, Serge & Réal, and Jacques de Montjoye at the McCord Museum. 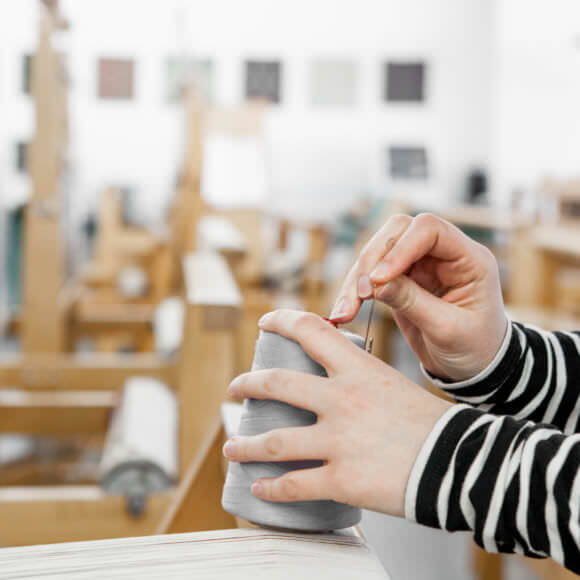